On to the NFC Championship Game! 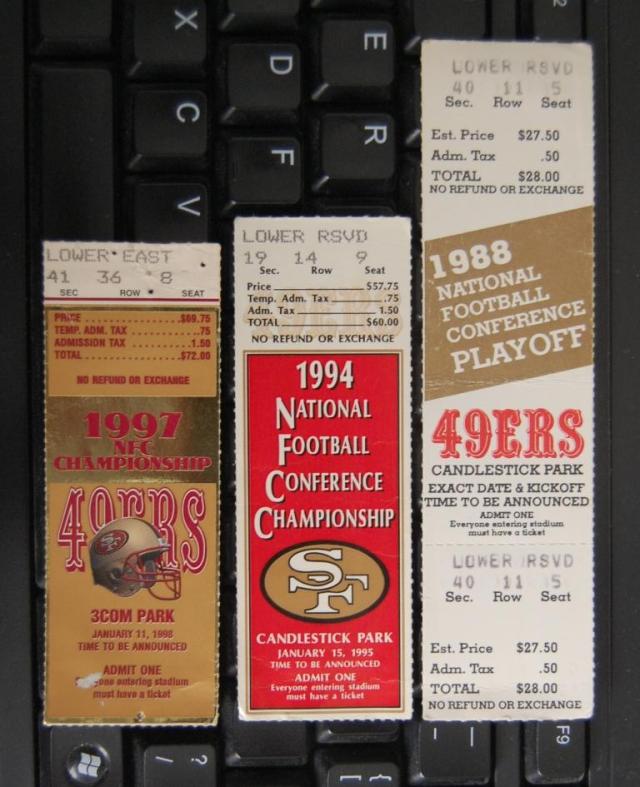 Once again, the San Francisco 49ers are on their way to the NFC Championship game. The difference being, the 49ers have to go on the road to reach the Super Bowl. Playoff history be damned (their playoff road record barely counts, as it is ancient history), but their last playoff trip to Atlanta was an unmitigated disaster as Garrison Hearst tore his ankle to shreds on the very first play, and the Niners never recovered, losing 20-18. This was Steve Young’s final full season with the Niners, and the Niners last best chance for a Super Bowl win. The Mooch/Garcia teams were never quite as good, and thus began the dark ages. Atlanta of course crapped themselves after beating the Niners, and John Elway trounced the turdy birds in that Super Bowl.

Flash forward to now. Is anyone really worried about Natty Ice and the Falcons? I’m not. After watching that game yesterday, I’m not too worried. Seattle spent the 1st half shooting themselves in their feet, and playing like they’ve been flying back and forth across the country numerous times for the last couple weeks.  Atlanta grudginly took advantage of Seattle’s lethargy, and struck for some big plays, and did some decent running to back that up. Cue up the 2nd half, and Teflon Mike Nolan decided to go into his own special version of the soft shell deeeep dish pizza coverage that us Niners fans know and love so well. The old bend and bend over defense. After Dominating the game for 3 quarters, and not quite running away, it took Seattle all of 8 minutes to overcome a 27-7 lead and take a lead of their own. Funny thing is, Seattle did exactly what Nolan did in the 4th quarter, and that is drop the safeties deeeep, and give up the underneath sideline route that they are implicitly defending. Oooops. a 30 yard KO return, a 22 yard sideline pass, and a 18 yard pass to Tony Gonzalez led to Matt Bryant’s  game-winning FG. Of course Bryant then followed that with the worst squib kick in the history of squib kicks. Sea then threw a stupid 8 yard pass that should have gone for 20 to give their kicker a shot, but instead set up the desparation pass into the end zone that Julio Jones picked off.

So, does anyone think the Niners change things up from last week? I think so. Teflon Mike just might be shitting his drawers over what to do about Kappy and his running ability, so I think the Niners may go away from that aspect of his game. Or not. Few of those runs were scripted, but a design of something I mentioined before the game, and that is to send the pass-catchers deeper than usual to open things up underneath. When Kappy saw long green in front of him, he decisively took off. And he also did NOT take the hits that guys like RG III were taking all year. Mainly because he either got OB or scored. He did miss some pases early, took a retarded taunting penalty, and the pick 6, but all in all, a game for the ages. Watching Kappy on speed turf is a bit intriguing, as Kappy on the Candlestick mush proved to be like watching Usain Bolt racing 6th graders.

So, on to the Cracker dome. The beauty thing about this game is, the Atlanta fans are waiting for the axe to fall. Yesterday WAS their Super Bowl, and Natty Dreadful showed he can win a playoff game with immense help from the other team. Next weekend? Not so much. I foresee a major crush job by the Niners.

96 Responses to On to the NFC Championship Game!