Why isn’t George Seifert in the Hall of Fame? He has more wins than Bill Walsh, a .766 winning %age with the Niners (98-30), two Super Bowls as a head coach, two Super Bowls as a DC, and one as the defensive backs coach. A DB coach that ushered in 4 rookies to lead the 1981 Niners to their first Super Bowl. and of the brighter defensive minds the game has seen. His teams were regularly in the top five defenses in the league.

To top it all off he used to usher at Kezar, and went to Polytechnic across the street. Sure, his tenure coaching the Panthers was a bit of a trainwreck,  but the Carolinas were still taking baby steps as a newly formed franchise. He got them close to the playoffs in his first season, at 8-8, they then went 7-9 but cratered to 10-15 in 2001, and he was fired.

Sure, he also followed the formula put in place by his predecessor, one Bill Walsh, but his 1994 Super Bowl victory was his doing, and he and Tom Flores are both still waiting for their call to the hall. 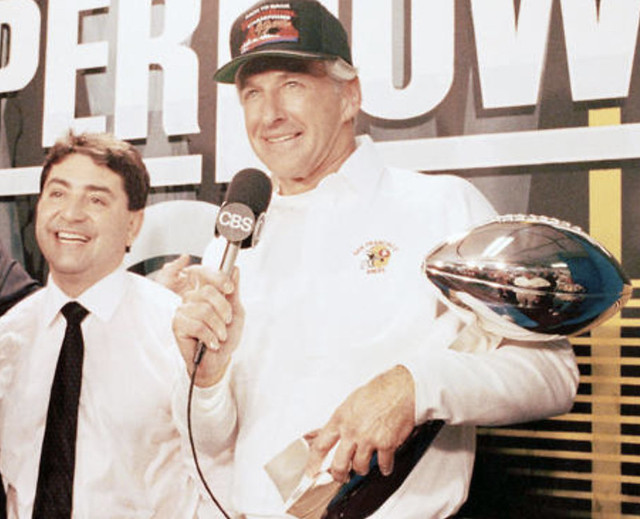