This stinks. Cedrick Hardman was one of the first draft picks whose career I followed from start to finish. He of course came on to the team during the heyday of our 3 -year stretch of playoff football. Our defense back then was outstanding. And he brought pass rushing skill to an already solid defense. He was a pro-bowler by his second year and is the all-time sack leader for the 49ers with 112.5. Amazingly he played with Mean Joe Greene at North Texas State U. That must have been a hell of a defense.

I was a little shocked to see he was 70 years old. It seems that the players of my youth are all getting up there, but Hardman was such a fun player to watch. When we got Fred Dean, Hardman had split for the Oakland Raiders, and Dean picked right up where Cedrick left. It was kind of a shame that Hardman ended up on such terrible offensive teams through the 70s, and in typical Bill Walsh tradition, he didn’t re-sign him after the 1979 season. Hardman did however, win a Super Bowl with the Raiders in 1980.

RIP, Cedrick. You were on of the 49er greats. Should be in the Hall. 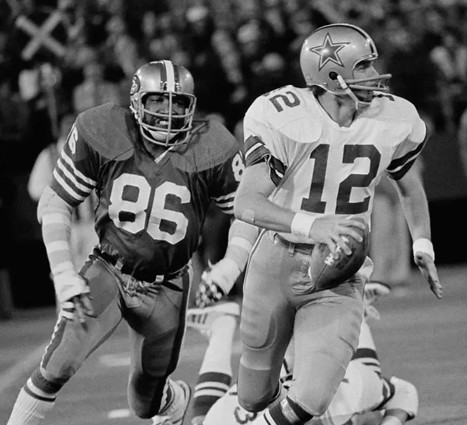