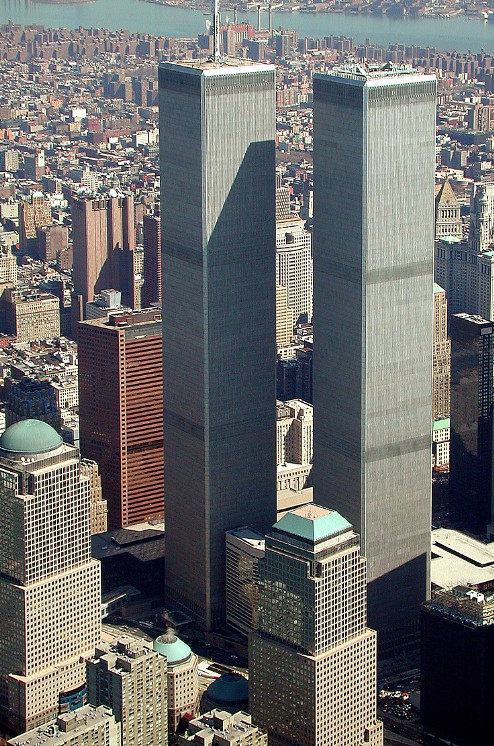 I haven’t been to New York since 1973, and when we were there, they were just finishing the South tower of the WTC. Flew around NYC in a helicopter and was amazed at the sheer size of the buildings.

Flash forward to 2001, and I got a phone call from a friend to tun on the TV just in time to see the 2nd plane hit that south tower. It was surreal. After watching the news for about an hour completely freaked out, I drove to work in Mountain View right next to Moffet Field and will never forget seeing a UAL jumbo jet being escorted by 2 F-16s flying really low over the Bay.

Everyone in the office was watching whatever TVs were available and crowded around them. The company I worked for then, VeriSign, had an office in tower 2 somewhere around the 60th floor (8 people), so some people were trying to get a hold of them. After a couple hours, we found out they all had gotten out safe. We all went home to just try and grasp what was going on.

I used to eat my lunches out in the parking lot for the Shoreline Pavilion and watch the planes fly in and out of Moffet. It wasn’t a lot, but it was so bizarre to see completely empty skies for the next 3 weeks, or whatever it was.