In a move that I sincerely like, the 49ers are reconnecting with their storied past. Whether it’s Jed, St. Jim, Denise, Dr. Dork himself, or Baalke’s bastards, the push for the last 10-12 years has been to disavow, if not completely erase, the accomplishments of Eddie D and the teams he developed into five-time Super Bowl champions.

One of John Lynch’s first moves was to re-establish links with the past greats. Jerry Rice has been to plenty of practices, and has even suited up. Steve Young came to camp last year, with Jerry Rice in tow, Charles Haley is a constant visitor. They’ve had numerous tributes and days for Dwight Clark, and just last weekend, Ronnie Lott stopped by to chat with Adrian Colbert and the DBs. 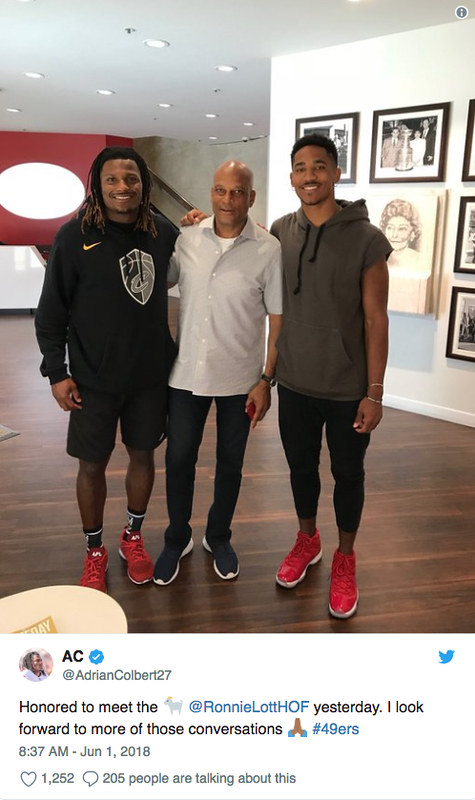 All this does for me is it shows the team is starting to get it that building a championship team is a difficult task, and getting help from those that have been there can only help in the process. It hopefully gives the players a sense of the greatness that can be, while reliving the greatness that once was. These players that we all grew to love and respect provide a valuable link to the glory days of the franchise, and can impart their knowledge to these young guys. Guys like Reuben Foster, who can pretty much fall on either side of the fence regarding his immediate and long-term future.